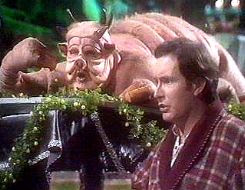 This week ASBG announced a couple of workshops to be hosted at Norton Rose in June. Registration forms will be sent out soon.

Both these workshops will provide an update on the recent changes to Australian & Queensland Laws affecting Environment & Safety respectively.

There is a Carbon Price workshop ready to roll, as soon as there is sufficient detail released by the federal Government (watch this space).

ASBG attended a breakfast meeting on the National Broadband Network (NBN) hosted by Department of Employment, Economic Development and Innovation. ASBG are looking at holding a discussion forum to discuss the Ecological Sustainability aspects of the NBN.

Last week the Premier, Anna Bligh, made an announcement in Parliament relating to the possibility of councils taking back their water businesses.

It’s business as usual for Queensland Urban Utilities (which covers the municipalities of Brisbane, Ipswich, Scenic Rim, Lockyer & Somerset). ASBG cannot imagine any of the other Councils wanting to take back the associated risks & liabilities.

Last week the Queensland Floods Commission of Inquiry announced the first round of public hearings into the 2010-11 flood events. The interim report is due in August 2011, to enable early recommendations to be implemented before next summer's wet season.

Last week the Inquiry focused on the operations of the dam. The Operations Engineers gave testimony about the procedures they follow. It was noted that priority is given to the integrity of the dam itself. The inquiry reviewed the decisions concerning the impact downstream, particularly flooding in the urban areas of Ipswich and Brisbane.

The public hearings will be held in Toowoomba and Dalby this coming week (18-20 April 2011).

The 2011 Ideas Festival will be held from 19 to 22 May at the State Library. Delve a little deeper into the themes of food futures, sustainability and happiness, things are bound to get a little bit deep and meaningful.

The Festival Program was release this week.

This week Food Connect is celebrating the first birthday of 3 of it's pioneering replications. The three social enterprises based in Sydney, Melbourne & Adelaide have taken the model pioneered by Food Connect Brisbane and adapted it to work for local farmers in and around their respective cities. The model is an innovative hybridization of the well know Community Supported Agriculture (CSA) local food system gaining support around the world.

The founder of Food Connect Robert Pekin said this week that "even through trying times for a lot of businesses these replications had taken a lead role in proving that you can be good at business and also be good for farmers at the same time".

A recent survey, carried out by Independent consultants, interviewed 6 of the original farmers concluded with the all the farmers describing food connect as a friend. Many of these farmers would not be in business today if it were not for Food Connect. This is despite the desperate figures of an average of five farmers leaving the land in Australia per week.


From a competitive point of view Food Connect is around 20% more affordable and yet still manages to return an average of 50% of the retail dollar back to the farmers (the average is around 15%) Robert commented. "I don't actually know of any retail distributor that even comes close to the value given back to farmers than us".

At the recent national sustainable food summit held in Melbourne recently, the Food Connect model was mooted as one of the few models that embodied how a truly sustainable food business should look and act. The Food Connect Foundation was set up around 2 years ago to be the custodians of the replication of the model as well as set up other programs needed to provide food and fibre resilience to communities.

In future editions of the Sustainable Business Weekly, ASBG will discuss a Life Cycle Analysis of a foodconnect tomato, which was carried out by the Engineering firm Arup.