Fair Go for the planet? 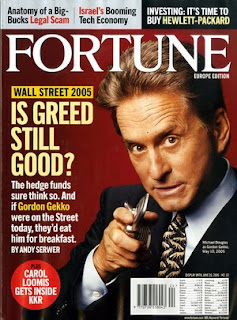 This week Wayne Swan released the so called #FairGo budget.

My concern is that future generations, developing communities and the other species that we share the biome with, are not getting a fair go.

The Government has decided to defer the achievement of providing 0.5 per cent of Gross National Income to official development assistance by one year.


"The allocation in the 2012-13 Budget to ODA will increase by over $300 million from 2011-12 and maintain ODA at 0.35% of Gross National Income (GNI)," Senator Carr said.
"Funding for ODA will continue to grow each year; it will, however, grow at a slightly slower rate so that 0.5 per cent of GNI is achieved in 2016-17.
"Funding for the important work of Australian non-government organisations (NGOs) will also continue to increase with the expansion of the AusAID NGO Cooperation Program to $110 million in 2012/13 and $165 million by 2015/16.
"Consistent with the Government's aid policy 'An Effective Aid Program for Australia: Making a real difference—Delivering real results', announced in July 2011, the Australian Federal Government has now set out a plan which outlines how we will deliver real results for the poor by 2015-16.
The 2012-13 Budget will implement this plan, and over the next four years the plan will:
The Federal Government remains committed to achieving the Millennium Development Goals and the aid program will continue to grow in dollar terms.
The 2012-13 Budget implements the Government's new aid policy and will achieve widespread results for the world's poor.
This aid spending will emphasise our focus on our neighbours, with over 70 per cent of Australian aid delivered in the Asia- Pacific region.
New aid initiatives for Asia and the Pacific in the 2012-13 Budget include:

Australian interests are inextricably linked to a stable and prosperous East Asia.
The Gillard Government will increase assistance to the poorest countries of East Asia, with $208.6 million over four years being invested to improve agricultural productivity and boost health and education services in Burma, Cambodia, and Laos, and to improve resilience to floods and other natural disasters in Vietnam.
This assistance will help over 250,000 students to attain a better education and 60,000 farmers to free themselves from poverty.

Overcoming Poverty and Building Stability in the Pacific

The Federal Government will extend Australia's efforts to overcome poverty and build stability in the Pacific by investing $384.5 million over four years for health, higher education and the particular needs of the micro-states of Kiribati, Nauru and Tuvalu.
Over the next four years, this assistance will result in vaccinations for 41,000 children, strengthen around 60 higher-education institutions across the region to deliver high-quality education, and support 4,000 young people across the Pacific to graduate with recognised qualifications and skills for the workforce.

The Federal Government will invest $97.1 million over four years through the Australian Federal Police and Attorney General's Department to assist policing agencies across the Pacific to improve security in our region. This assistance will improve policing skills and leadership, implement community policy projects and communication campaigns, upgrade national police headquarters and academies, and strengthen legal frameworks.

The Federal Government will provide $3.5 million in 2012-13 to enable the Australian Federal Police to continue their 50 officer deployment in East Timor as part of the United Nations Integrated Mission in Timor-Leste.

The Federal Government will invest $190.3 million over two years to continue its aid program in Afghanistan. This funding will put more than 30,000 additional boys and girls in school and build over 100 kilometres of rural roads to provide farmers with better access to markets.
This recognises that strengthening the capacity of the Afghan Government, economy and institutions is essential to ensuring that the gains made to date are not reversed.
Australia will also invest in our global and humanitarian responsibilities:

The Federal Government will invest $435.6 million over four years to strengthen developing countries' preparedness for natural disasters, enhance Australia's ability to respond to disasters in our region and internationally, and build our partnerships with organisations such as the World Food Programme, the International Committee of the Red Cross, the UN Office for the Coordination of Humanitarian Affairs and the UN High Commissioner for Refugees.
Natural disasters have an acute impact in developing countries. A person is 25 times more likely to die from a disaster in a low-income country, and countries and communities recovering from disasters and conflict suffer setbacks in economic and social progress.
This is a critical investment in the stability and prosperity of our region, which has suffered 85 per cent of global deaths from natural disasters over the last three decades.

The Federal Government will invest $154.3 million over four years to expand Australia's engagement with UNICEF, UN Women, the UN Development Program, World Health Organisation, UN Population Fund and UNAIDS.
Australia's increased contribution to these organisations will accelerate gains towards the Millennium Development Goals. For example, in 2010 UNICEF responded to 290 humanitarian situations in 98 countries and supported an estimated 573,000 schools in 89 countries.
A recent comprehensive assessment of multilateral organisations (the Australian Multilateral Assessment) determined that these humanitarian and development organisations were performing well, and that Australia could have confidence in their effectiveness.
Australia's investment will multiply the reach and influence of our aid program, enhance our standing as a good international citizen, and help these organisations focus on the needs of poor people in our region.

Consistent with the intent of Australia's new aid policy 'An Effective Aid Program for Australia', Australia is deepening its engagement with effective multilateral organisations including the Development Banks.
During 2012-13, Australia will enhance its role in the Asian Development Bank (ADB) – one of our most important partners in the Asia-Pacific region, and rated in the top tier of multilateral organisations under the Australian Multilateral Assessment.
Australia's pledge in March this year to the ADB positions us to become the second largest donor to this organisation, and will have far reaching results across Asia and the Pacific, including benefitting 1 million students through school improvement programs, and supporting 450,000 households to become connected to water supply.
The Federal Government will also pursue membership of the African Development Bank, signalling Australia's commitment as a long term development partner to Africa, and of the UN's International Fund for Agricultural Development to reduce rural poverty and hunger.


A colleague of mine has trawled through the budget papers to assess the impact of the Federal budget on the environmental agencies and policy in general from a business perspective.


After the pre-budget leaks, it comes as no surprise, that the Federal Climate Change agencies have all faced severe cut backs.

The Department of Climate Change and Energy Efficiency’s (DCCEE) departmental budget is to be reduced from $145.6m to $104.4m.

However, the CER receives a $92.3m allocation for departmental work and $666.3m for administered appropriations. The CCA has a total allocation of $6.2m.

From a revenue view the Clean Energy Regulator will receive a $75m operational budget from 2013–14 for two years.

My colleage suspects that a large amount of this will be to pay for consultants to review carbon liable companies. Already there is anecdotal evidence of a random audit on compliance with the measurement requirements under NGERS which will set their carbon bill for next financial year.

The budget paper also state that non-transport LPG and LNG will be carbon liable from 1 July 2013. We assume that like liquid fuels an equal drop in excise will apply.

For Tony Burke's Department of Sustainability, Environment, Water, Population and Communities changes include:
• $13.2 million cut over seven years to the Commonwealth Environmental Water Office, which will leave it with $126.1m over this period.
• $37.8 million over four years to implement reforms to the Environment Protection and Biodiversity Conservation Act 1999.
• $35.6 million over four years to continue the operation of the National Water Commission.
• $61.2 million cut over two years (for the Driving Reform in the Murray-Darling Basin program leaving $234.2 m to work with.
Posted by rowan at 13:31