The following Media Statement came from the Qld Minister.  I would love to know more....

Minister for Environment and Heritage Protection Andrew Powell has urged the Federal Government not to rush through any proposed amendments to the Environment Protection and Biodiversity Conservation Act in an attempt to shore up political support.

Andrew Powell says proposed amendments to the Environment Protection and Biodiversity Conservation Act must be debated thoroughly and the Gillard Government must put the environment ahead of green preferences.

“There is no doubt the Federal Labor Government will want to push a number of legislative changes through during these final weeks of parliament before the September election, but it would be dangerous and irresponsible to use the Environment Protection and Biodiversity Conservation Act as a political tool,’ Mr Powell said.

“Any changes to this act require proper consultation with the States and Territories as well as a thorough analysis of the impacts to both the environment and the economy.

"I urge the Federal Environment Minister Tony Burke to talk to all environment ministers first before making last minute amendments that could produce adverse outcomes.

“I am very concerned that the unnecessary amendments being pushed through by the Independent Federal Member for New England may in fact go even further in an attempt to secure green preferences.

“The Newman Government recognises the importance of these standards and is committed to do what is best for the long term future of the State and I urge the federal government to do the same.

“Any further duplication, or bureaucratic  imposition on industry would signal a cynical Labor more intent on tying government and industry up in unnecessary red tape rather than focussing on matters of environmental significance.

“Any amendments to the EPBC legislation need to be discussed and debated sensibly, not rushed through in an attempt to harm political opponents.

“It’s ironic as we approach the federal election there is this sudden sense of urgency. Yet when it came to releasing something as important as the second report card into reef water quality protection, the Federal government was prepared to sit on it’s hands and leave it on the shelf.

“Queensland is determined to deliver strong outcomes for the State’s natural and built environments and I urge the federal government to do the same.

“We’ve worked hard to cut bureaucratic red tape and establish processes to work with a diverse range of organisations and businesses to ensure the long term future of our environment. That’s the way forward.  Using the environment as a way of shoring up green votes and support is not.” 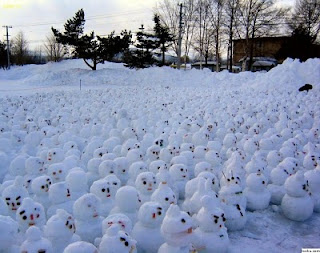