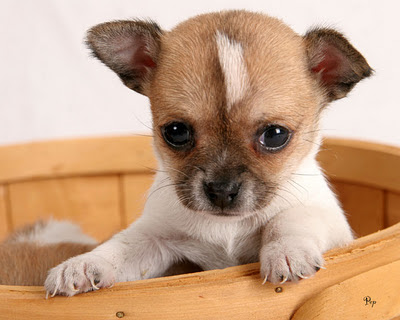 Sustainable Procurement
There are a couple of imminent developments which will have significant impacts on the process of implementing sustainable procurement:
The Australian Green Infrastructure Council (AGIC) is market testing a sustainability rating tool in preparation for a national launch in Parliament House Canberra in February 2012.
AGIC has a whole category on sustainable procurement recognising its importance. Aurecon Pty Ltd and Net Balance Pty Ltd were the authors of this category and it was based on the British Standard BS8903:2010 which is recognised as probably the leading edge worldwide.
The Australian Water Association (AWA) has developed a Water Sector Sustainability Framework to assist AWA's Corporate Members embed sustainability principles and practices within their business activities, and encourage organisations to assess their progress. The AWA Framework consists of a Sustainability Charter for the water sector, providing a set of Sustainability Principles by which participants can guide their business activities.
The AWA Framework also provides a Business Case for participation and a Toolkit which will in time be developed into an online 'Sustainability Knowledge Point'. AWA is now ready for Corporate Members to sign-up to their AWA Water Sector Sustainability Framework and Charter.

Qld State Election
The Election date has not been announced but Qld is definitely in election mode.
ASBG’s will be writing to major & minor political parties to clarify their policies on issues that impact Environmental Management & Sustainability in the lead up to the Qld State Election.
Earlier today the Qld Premier met with Commissioner Cate Holmes.
The Commissioner advised she would be holding further hearings and therefore would require an extension to the Inquiry's reporting date. The Premier advised she would be prepared to grant an extension.
She also advised the Commissioner the granting of such an extension could have implications for the timing of elections and this would require me to seek urgent legal advice on a number of options.
The Premier awaiting this advice and will she make a further public statement once she has received and considered it.

DERM
The State Opposition have been critical of the Qld Labor Government’s environment credentials indicating that the Department of Environment and Resource Management (DERM)’s poor management was responsible for its ineffectiveness in administering and enforcing legislation.
A LNP Government would repeal the Waste Reduction & Recycling Act & would probably disassemble DERM. Shadow Minister for the Environment Andrew Powell said there’s no proper rigour & reporting in the management of waste in Qld. He cites Auditor-General reports accusing DERM of focusing on outputs then outcomes when it came to mitigating risks to the environment.
Regional Queensland was subjected to inconsistent monitoring and compliance from the department, and there was appalling and limited oversight to assist regions plan effectively.

Stradbroke Island
Last year the Qld Premier announced a timetable to phase out sand mining on Stradbroke Island with a view to boosting the national park area on the Island to 80% by 2027. The Government believes North Straddie has enormous potential to grow a thriving, eco-tourism industry. It has legislated to ensure a phasing out of mining by 2027. A joint management process for land use is proposed with the Traditional Owners - the Quandamooka people.
Sand mining has occurred on Stradbroke Island for more than 50 years & could continue sustainable for at least another 200 years. However, the Qld Government is determined to make Straddie a political football & form the basis of it Environmental credentials. The LNP opposition believe that the extended national park now incorporates un-rehabilitated areas (including a tailings dam) which responsibility the Government will have to restore.

Gas Powered Pork Barrels
The availability & potential of gas reserves in Qld had outstripped existing & potential demand in the greater east coast Australian Gas market.
Qld Coal Seam Gas (CSG) producers want to access international gas markets via Liquefied Natural Gas (LNG). The first CSG-based LNG project was announced in May 2007 & since then a further nine have followed, of which 4 have achieved ‘significant project’ status & 3 have all the necessary approvals for the projects to proceed.
The Government wants to use the profits of the next resources boom, before they have calculated or demonstrated an understanding of costs of the Environmental impacts.
The Qld State Government is trying to link the modernisation of the education to the resources sector. The Qld Premier announced last year, that the Government will establish an Education Trust with the royalties from LNG. The Trust will be funded directly through 50% of LNG royalties. The Government is counting (& spending) chickens before they hatch relying on Treasury projections that indicate this will mean more than $1.8b will enter the Trust over the next 10 years.
The Government is also spending multi-billion dollars with TRUenergy, to provide 2 new gas fired power stations for Qld. The stations in Ipswich & Gladstone will be powered with CSG. In all of the propaganda from the Government & the Gas Industry, they quote the figure that gas will emit up to 50% less CO2 than coal-fired stations. There is no data to verify this claim & it is being brought into question by the proponents of renewable energy industry.
TRUenergy has already commenced the application process for development of both gas-fired power stations, which will occur over the next 12 months, with construction to begin as early as 2013.
Posted by rowan at 05:59