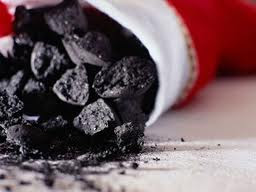 North of Moranbah to witness the first journey of a loaded coal train on the newly constructed rail line, Mr Fraser said the event was another step towards unlocking the wealth and prosperity of the Bowen Basin for all Queenslanders.

"The 69 km stretch of rail line increases the capacity of Queensland's coal exports to 50 million tonnes per year through the Port of Abbot Point and improves the efficiency and flexibility of our coal export industry," Mr Fraser said.

"This project is a key component of track expansions stretching from Goonyella to Abbot Point which have created an approximately total of 800 jobs and bolstered regional economies in Central Queensland.

"QR National and their alliance partners have delivered this 20-month project under budget and ahead of schedule - despite drastic weather interruptions earlier this year.

"This project exemplifies the drive industry has to develop our resources in response to international appetite by investing in new coal export infrastructure in Queensland.

"Now that QR National is a publically listed company it has the ability to make this type of investment that benefits all Queenslanders, without taxpayers having to foot the bill."

Mr Fraser said that Queensland was an investment magnet with tens of billions of dollars in business investment locked into the economy.

"Private sector investment in the State's rail infrastructure is a huge vote of confidence in the long-term viability of Queensland's resources sector," Mr Fraser said.

"The government has responded to overwhelming private sector demand and is now planning a super-expansion of the Port of Abbot Point.

"The Port of Abbot Point, with a total of nine proposed terminals, is destined to become one of the world's largest export hubs," Mr Fraser said.

"Today as we watch the first loaded coal train run across the Northern Missing Link, we witness a significant milestone in Queensland's 145-year rail history."