I am the primary carer of my daughters: Ms R aged 18 months and Ms A aged three and a half.

They really are funny little creatures as they explore their own worlds and are learning language. 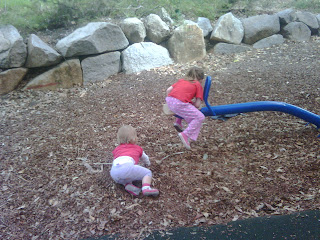 I just love the language my daughters use and working together as a family to decipher the encryption.

Ms R is partially toilet trained, simply by imitating her sister, Ms A.

Hiccuping is unusual for her. My beloved wife asked her:


Was she sick?  Did she have a sore belly? Did she want to vomit?

My beloved asked me to take Ms A to the bathroom and get a bucket in case she really was sick.

Ms A then got really upset and she kept ranting that she wanted to vomit in her bedroom.

The more this exchange happened between wife and daughter, the more the daughter became upset.

My wife was getting concerned that she really would vomit all over our bed.  My wife was trying so hard not to laugh and find a strategic way to prevent Ms A from throwing up on our bed.
I took Ms A to her bedroom and she went straight to her cupboard and got my wife's digital thermometer off the shelf.

Ms A wanted me to check her temperature.

So I finally realised Ms A was actually saying she wanted the "vomiter" meaning "thermometer" and really wasn't about to throw up.

Ms A and Ms R stood on it and pretended to surf with their arms out.

They had been slowly going missing over the past few weeks.

I thought the girls may of been posting or hiding them in the rubbish bin, never to be seen again.

My beloved and I kept asking Ms A if she had seen them. Ms A is usually pretty good at find missing shoes/hats/bottles.

Then yesterday Ms A said to me: " Daddy what's this?".

She was pointing to our mesh baby gate in the kitchen. The exchange kept happening and I kept saying its the baby gate. Finally I went over and found a hidden pocket in a seam that I didn't know existed,

It contained 26 teaspoons and little forks in it.

I suspect both Ms R and Ms A were thieving the cutlery and hiding it. Mystery solved.