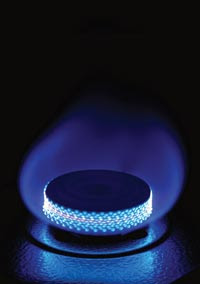 On 3 August 2011, the Waste Reduction and Recycling Bill 2011 including a land fill levy was passed by the Qld State Parliament.

The bill includes a land fill levy that will kick in from 1 December 2011. The objective of the bill was to overhaul waste management requirements. The aim is to halve the amount of rubbish directed to landfill within a decade. Unfortunately, not all the measures have been thought through to their logical conclusions.

The proposed levy zone covers around 99 per cent of the Qld population and includes 34 local government areas.

To reduce the potential for waste being transported for disposal outside the levy collection zone, it is proposed that the levy be attached to the point of generation rather than disposal. This means that if waste is generated anywhere within the designated levy zone, the levy applies regardless of whether the waste was disposed of at a facility located in the levy zone or outside it. In addition, waste operators will be required to pay a levy for all stockpiled waste when the waste is disposed of to landfill, regardless of whether the stockpile was made before or after the commencement of the amendments.

The amount of the levy will vary depending on the type of waste. For example:

· commercial and industrial (C&I) waste: estimated levy of $35 per tonne;

· construction and demolition (C&D) waste: estimated levy of $35 per tonne;

Operators will be able to claim some deduction against the levy for waste that is subsequently recycled. In addition, waste that is handled through designated 'resource recovery' (ie, recycling) areas within waste disposal sites will not be subject to the levy.

This regulation will impact on ASBG members, especially the hazardous waste classifications. This will greatly impact on recycling as while it will receive a 50% discount on levy amounts, many streams will most likely be classed as high hazardous wastes & attract $75/t.

This will make many recycling activities far more difficult & even uneconomic.

Coupled with the levy will be stronger enforcement and penalties for non-compliance with waste laws, including enhanced powers of inspection and enforcement.

The Qld Government has indicated that the forecast $159 million raised from the levy will go towards:

· sustainability programs, including the creation of new national parks.

There is a brief levy FAQ on the DERM website.

BZE are questioning the oft repeated claims of the Australian Petroleum Production & Exploration Association (APPEA) that electricity produced from gas produces 50-70 per cent less greenhouse gas emissions than current coal-fired power generation. Worley Parsons says it has mutual agreement with BZE to publish the research in a peer-reviewed journal, Energies.

ASBG are still unsure how BZE know the outcomes of a report that they claim they have not received. A fortnight ago APPEA released its own report by Worley Parsons, containing less flattering gas-versus-coal scenarios.

On Friday, Independent MP Tony Windsor renewed his calls for an arms-length study into the effects of CSG mining on the environment.