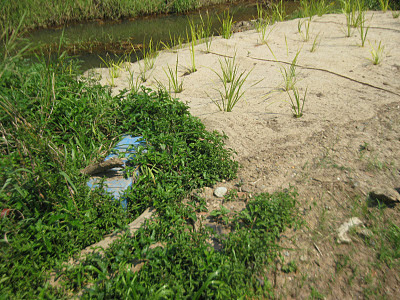 As previously discussed, the Waste Reduction and Recycling Act 2011 including a land fill levy was passed by the Qld State Parliament in August.

ASBG have reviewed the regulations & are preparing a response.

After delays due to flooding & Cyclone Yasi, the commencement of the levy has been postponed until this Thursday, 1 December 2011. The Qld Government aims to reduce waste & promote improved resource recovery. The stated aims of the legislation to the waste disposal levy are to:

· ensure a level of consistency with waste disposal costs in other states to deter unnecessary disposal of interstate waste in Qld;

· reduce the impact upon Qld’s carbon footprint caused by waste disposed to landfill.

The levy is a price paid by waste disposal site operators in relation to commercial, industrial, construction, demolition & regulated wastes delivered to a waste disposal facility.

Since the last election, there has been a protracted process of industry consultation by the Department of Environment & Resource Management (DERM). The State Opposition has had the opportunity to participate in the drafting of the policy but appear to have waited until now to raise any objections. Public consultation on the regulatory assessment process closed on 28 February 2011.

Campbell Newman (Candidate for the seat of Ashgrove) claims that the Waste Levy is another blatant broken election promise from the Labor Qld Government. He reminds the electorate that before the last election Labor promised it would not introduce a Waste Levy. He now claims that this $35 a tonne tax on commercial, industrial, construction and demolition waste will destroy jobs & hit small businesses hard with additional costs.

If Mr Newman wins the seat of Ashgrove AND the Liberal National Party win enough seats to form a Government, Mr Newman has promised to repeal the current Labor's recently enacted Waste Levy.

The LNP have estimated that the Waste Levy will add more than $3000 a year to the cost of running a medium-sized restaurant, for example. The LNP claim it will be am impost on hospitality & tourism in Qld at a time when both sectors are struggling & many operators are going to the wall.

If one would like to play a part in the conversation go to “have your say” & let one’s views be known.

One can view the four major publications.

· The proposed Basin Plan – a draft for consultation

The Federal Labor Government has secured support of the Independents (& the Greens) for the Minerals Resource Rent Tax (MRRT).

This reform was originally proposed by Ken Henry to address the issues of a two speed economy. In its current form it may distribute the benefits of the mining boom to a select few. In short, the MRRT will only deliver an unfair, short term return from the development of the nation's resource wealth at the expense of traditional owners, future generations & the other species who we share the biome.

The MRRT appears to be more about pork barrelling, ensuring some Australians share in the benefits of the mining boom before the next election.

· Boosts the superannuation for 8.4m workers. This will increase the nation’s savings pool by $500b by 2035;

· Provides extra superannuation contribution for 3.6 million low-income-earners worth a total of $900 million each year.

· Invests in roads, bridges & other infrastructure, particularly in mining regions.