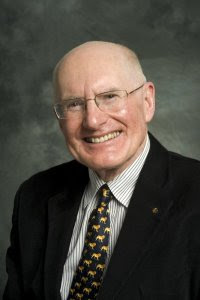 Environment Practitioners from other jurisdictions are looking on with envy at the recent reforms of Qld's environmental approvals system.

ASBG has made submissions to the consultation process & has lobbied for reform.

Amendments to the Environmental Protection Act were designed to increase the efficiency of the environmental approvals system & cut green tape while at the same time maintaining Qld's environmental standards.

Since the Environmental Protection Act was introduced in 1994, environmental regulation had grown significantly at both a State & Federal level. The Qld Government has an opportunity to consolidate the system and make it more efficient. Green tape reduction is about reducing unnecessary regulatory burdens, such as time wasted in lengthy application processes. The introduction of standard applications would reduce costs & increase certainty in application processes for low environmental risk operations.

All businesses, including waste management, manufacturing, extractive industries & intensive livestock industries, who are currently required to be licensed under theEnvironmental Protection Act will probably benefit from these improvements.

ASBG was recently represented at the 3rd NBN Broadband Forum for industry associations held on the 3 November 2011. One can view the presentations at DEEDI’s website.

In the mean time, the Qld Premier launched the Qld Infrastructure Plan setting out the state's infrastructure needs for the next 20 years, as the Government faces a State election.

The Qld Government has mapped out nearly 1000 projects including more than 90 new schools, nearly 70 new police stations, more than 30 new hospitals or hospital expansions, 7 city-wide transit networks and 60 projects upgrading the Bruce Highway. It's estimated the Qld population will increase by over two million people over the next two decades (God help us).

Biodiversity significance is a ranking of an area according to specified values to account for rarity, diversity, fragmentation, habitat condition, resilience, threats, and ecosystem processes. In the terrestrial environment, current vegetation extent and regional ecosystem mapping defines remnant vegetation and pre-clearing vegetation. This provides an exceptional basis for comparing Qld’s landscape before & after land-clearing & helps guide conservation efforts.

Brisbane businesses that are dependent on gas for their operations are set for a bumpy ride. The Brisbane gas Short Term Trading Market (STTM) is set to start from 1 December 2011.

In November 2009, the Qld Government announced a range of new measures designed to pave the way for an export gas industry. Based in Brisbane, trading will cover the Brisbane metropolitan gas market with participants including energy retailers, power generators and other large scale gas users.

In the second half of 2010 the Australian Energy Market Operator (AEMO) established a project team in Brisbane to manage the STTM implementation. From September 2011, AEMO has been running a full scale market trial to bed down operations prior to a market start.

The Qld Government say that the STTM will encourage competition, improve the flexibility & transparency of the Qld gas market.

The reality of the situation is Coal Seam Gas producers need to dump cheap gas onto the domestic market, while they ramp up operations. The end goal is an export industry but the production rates & the infrastructure for liquefying & exporting gas are still not there yet.

Most of the Gas produced in Qld is a non-renewable fossil fuel, extracted from Coal Seams. It has at least half the green house gas intensity of coal.

The impacts of fugitive emissions & the accumulative impacts of the de-pressurisation of the aquifiers is still unknown.