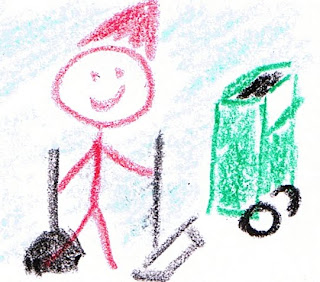 Taken from the Queensland State Parliament - Record of Proceedings (Hansard):


Palmer, Mr C
Ms PALASZCZUK: My question is to the Premier. He likes talking about Clive Palmer and now he has an opportunity to keep talking about him. Is the Premier aware that Clive Palmer, a life member of his own party, is so concerned about the Premier’s job-slashing program that he is considering providing funding for counselling services for those 20,000 public sector workers facing the sack?

A government member: Labor should go on it!

Mr NEWMAN: I do not know if those opposite have bought tickets. Again I reiterate, in terms of this anxiety, very seriously for a moment, that we understand—

Mr NEWMAN: Madam Speaker, they asked the question. The people who are the victims at the moment are public servants who have been employed by the people opposite when there was not money to pay their salaries. Unfortunately we are the ones who are cleaning up Anna Bligh’s mess. It is Anna Bligh’s legacy. We get the pooper scooper out every day of the week. We have to make these tough decisions. We know there is fear and anxiety and we are sorry about that. It will end as soon as possible.
In relation to Mr Palmer—and those opposite need to hear this—if he is indeed the Labor Party’s newest best friend, if that is the case—

Ms Palaszczuk: No, I am not saying that at all.

Mr NEWMAN: The Leader of the Opposition is saying now she is not supporting Mr Palmer.

Mr NEWMAN: You are supporting Mr Palmer? Yes or no? Is Mr Palmer the Labor Party’s new best friend? Is Mr Palmer going to be providing electoral funding contributions to the Labor Party? Is he going to be providing money to the Katter’s Australian Party? Is he going to be building a statue of Sir Joh Bjelke-Petersen in South Brisbane? And will those opposite support it? Because, fair dinkum, Mr Palmer wants to build a statue to the former Premier in South Brisbane. Will they support that proposal or will that cause great anxiety for the member for South Brisbane. They support counselling services, but will they support the statue? That is what I want to know.
We have no problem with statues to former Premiers—perhaps not Anna Bligh at the moment. A lot of members here might not agree, but I am prepared to think about a statue of Peter Beattie. He was on a traffic signal box while I was the Lord Mayor of Brisbane. I am not overly combative about these things. The rhetorical question that I have for those opposite is: will they have any sort of anxiety about the statue in South Brisbane?