is QLD missing the start on the low-carbon revolution? 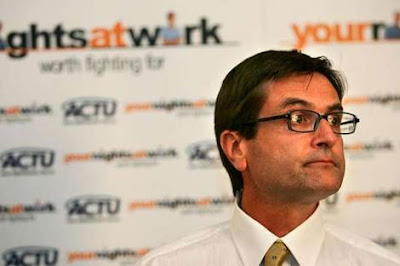 The following statement by Greg Combet - Minister for Climate Change and Energy Efficiency, Minister for Industry and Innovation.....
....seems somewhat remote from the actions of the Qld State Government's addictions to fossil fuels (including Coal, Crude Oil & Coal Seam Gas).

We have a head start on low-carbon revolution

As published in The Australian, Wednesday 14 December 2011

The decision by the UN climate change conference in Durban to pursue a new global agreement for reducing greenhouse gas emissions has profound economic significance for Australia.

For the first time, all of the world's major emitters -- including Australia's two biggest trading partners, the US and China -- have committed to take on legal obligations to reduce carbon pollution. This new agreement, which is to be negotiated by 2015 and come into effect from 2020, will create a new international legal architecture for tackling climate change.

It will replace the Kyoto Protocol's increasingly unsustainable divide between developed and developing economies by bringing all emitters into the international emissions reduction framework.

In contrast to the claims by Tony Abbott and Bob Brown that the outcome was insignificant, countries around the world -- developed and developing -- have welcomed the agreement as a major step forward. The Durban outcome leaves no doubt that all major emitters will be part of a new legal pact on climate change.

Some people have claimed that the 2020 timeframe for a new international legal agreement is too far off and that this will be a "do nothing decade". This could not be further from the truth.

All countries now have a clear signal that there will be a new legal framework to reduce global emissions. The fact that this framework will be backed by legal force cannot be underestimated. It means that all countries will be legally bound to implement measures to reduce carbon pollution.

Those countries with strong domestic climate change policies already in place -- from Europe to China -- have a head start on the low-carbon revolution that will occur this decade and beyond.

The Gillard government's carbon price ensures Australia is ready to meet our domestic and international commitments.

Just imagine if we had waited until 2020 before taking action.

Not only would we miss out on valuable opportunities this decade to build the jobs and industries of the future, we would face a significant economic shock when the new legal framework came into place and we had to achieve emissions cuts overnight. But this is exactly the approach that underpins the Coalition's climate change policies. Abbott thinks that by planting trees and offering taxpayer-funded subsidies to a few polluters, Australia will be well positioned to compete in the future low-carbon world. It is a recipe for economic decline.

The Durban outcome builds on climate action already under way including the pledges of 90 countries to reduce emissions by 2020.

This will create momentum for investments in clean energy and energy efficiency. In addition, the government is providing $1.5 billion to support innovation in Australian industry and manufacturing to seize the opportunities of a low-carbon world. Australia's transformation to a clean energy future is critical to our future competitiveness.

Implementing our clean energy reforms will be essential in the years ahead and central to my new responsibilities as Minister for Industry and Innovation and my continuing role as Minister for Climate Change and Energy Efficiency.

The outcome in Durban confirms that by moving ahead with these reforms we are moving in step with global action on climate change.