In Pursuit of Happiness 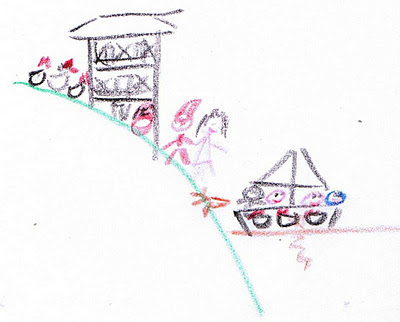 In Pursuit of Happiness


This is the sixth installment of a Mills & Boonesque saga about an Elf & a Fairy who settled in the land of Normanby to live happily ever after......

Flood waters inundated the regions surrounding the land of Normanby at the start of another year. The Fairy took in refugees from a West End town. The Bug entertained Elly and B’o. Julie, Judy & Julia entertained three of their sister chooks, while the Elf took part in cleaning up the nearby City.

The changing climate brought with it great loss and sorrow, courtesy of floods and a cyclone. Yet the people of Normanby and the surrounding regions, united in a spirit of community. Armies of volunteers arose to help their fellow citizens. Some folks who could not help directly provided #bakedrelief in the form of meals and love.

It was during the time of the flood, the Elf and the Fairy were blessed with another conception. The clock started ticking for the arrival of a sibling for Bug. Not knowing whether it might be a brother or a sister, the new baby was known as “Happy”.

The Elf was quite happy spending mornings at home with the Fairy and the Bug. He spent afternoons and evenings cleaning the local City, emptying bins, picking up rubbish and cleaning the toilets.

The Bug was a hybrid of the Elf and the Fairy. She continued to spend her days eating; sleeping & singing tunelessly (just like her father). Some days Bug went to day care to refine her skills in the sand pit and caring for dolls & bears. She honed her art skills with chalk on a blackboard and paint just about everywhere. She was fond of bouncing balls and dressing up and listening to stories. 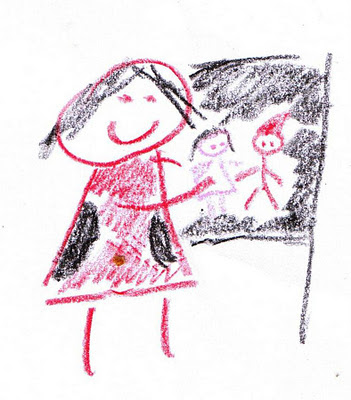 The Fairy spent her days managing the day to day affairs of the family and delivering other people’s babies at the local hospital. The Fairy was a midwife. The Elf was seconded to the local water and poo factory as a Procurement Officer and a Contract Manager, building and repairing water and sewage treatment infrastructure.

On the first day of Spring, “Happy” arrived into the world: a sister for the Bug. There was great joy in the land of Normanby. Unfortunately, Julia the chook met her untimely demise & now lives beneath a rose garden. Bug began to learn lessons of life (and death).

Happy grew.......and grew. Soon happy was almost as big as the Bug. Meanwhile the forces of darkness and evil began to undermine the land of Normanby, constructing a tunnel for infernal smoke emitting machines.

Despite the noise and the dust, the Elf, the Fairy, the Bug and Happy continued their pursuit of happiness. 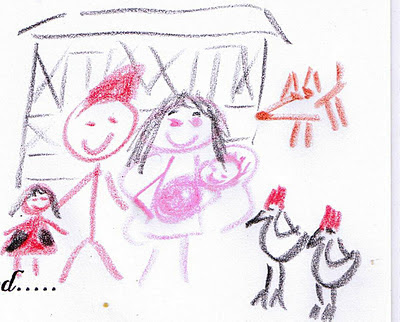