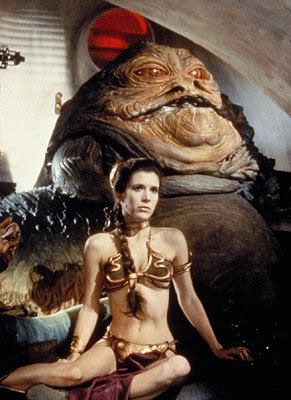 Thank you for your email concerning the Bimblebox Nature Refuge. The Minister for Environment has asked me to respond on her behalf.

Nature refuges are an important conservation mechanism for the Queensland Government. They are expected to contribute about one-third of the government’s commitment to 20 million hectares of protected area by 2020. Nature refuges hold special value in providing the means by which private landholders can contribute directly and meaningfully to Queensland’s protected areas.

While Queensland has become a national leader in voluntary conservation, the exceptional growth in the Nature Refuges Program has increased the prospect of conflict with other land uses. Conflict between nature refuges and mining is a key issue of concern, particularly given the recent growth in mining exploration in Queensland.

Queensland legislation does not prohibit mineral or petroleum exploration and extraction, nor veto the granting of new rights on nature refuges. However, a nature refuge’s significant conservation values must be addressed on a case-by-case basis in relation to any such proposed activities, in accordance with the Environmental Protection Act 1994.

In addition, the Government is currently exploring a range of options to address this conflict, including tenure amendments, however there are no easy answers.

Your feedback on this issue is of assistance as these discussions continue.

Bimblebox Nature Refuge is located on land that is proposed to be mined as part of the Galilee Coal Project (Northern Export Facility), which is currently undergoing assessment. As this proposal has been declared of State significance (a ‘significant project’), an environmental impact statement (EIS) was developed and submitted to the Coordinator‑General and the Australian Government for evaluation. Public consultation on the EIS was invited from 26 September and the due date for final submissions was extended to 19 December 2011. Further details can be found at:

The Government will not make a decision on this proposal until completion of a rigorous evaluation of the proposal and submissions by the Coordinator‑General and the Australian Government.

Should this project proceed, the proponent will also be required to replace the values that are lost on the property consistent with the requirements of the government’s Biodiversity Offsets Policy. This policy, which commenced on 3 October 2011, protects the long-term viability of Queensland’s most important biodiversity by requiring offsets where impacts from a development cannot be avoided. These biodiversity values include things such as endangered and of concern remnant regional ecosystems, wetlands, essential habitat for protected animals and protected plants.

Offsets provided under the Biodiversity Offsets Policy must achieve an equivalent or better environmental outcome and the environmental values of the offset must be similar to those that are impacted. In this way, offsets represent a positive step forward for both the State’s economy and the government’s continuing commitment to conserving Queensland’s natural heritage for future generations. Further details on the policy, as well as other government offset initiatives can be found at:

The Minister hopes this information is of assistance.

Office of the Hon. Vicky Darling MP | Minister for Environment | Member for Sandgate

Department of Environment and Resource Management