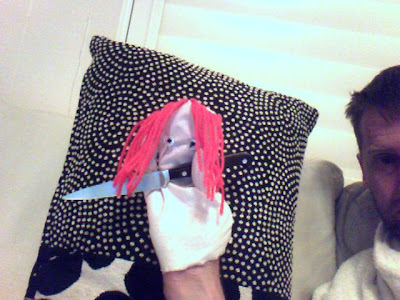 A Senate committee has released an Interim report: the impact of mining coal seam gas on the management of the Murray Darling Basin. The report calls for a moratorium on future coal seam gas (CSG) projects in key parts of Qld, NSW & in the parts of the Murray-Darling Basin that lie over the Great Artesian Basin, pending Qld Government & scientific investigations into the impact on groundwater.

The report contains recommended measures that should be in place before any further production is approved including:

· a national regulatory framework should be established;

· gas production should be excluded from highly productive agricultural land;

· where the industries do co-exist, agricultural productivity should be given priority in any dispute between land holders & CSG companies.

The Australian Petroleum Production & Exploration Association believes many of the recommendations are already being addressed.

The Federal Government has 3 months to respond to the recommendations. The committee's final report is due in June 2012.

A new $30m Southern Oil Refineries (oil recycling) plant is to be built in Gladstone.

The plant will process waste lubricant oil from mining & agricultural machinery, transport vehicles & cars into usable lubricants. Construction of the refinery will commence in early 2012, with plans to be operational in 2013.

A $6.76 Cloncurry Solar Farm project has been given a green light & $5.7m by the Qld State Government.

The Qld Government has named Ingenero Pty Ltd as preferred tender to design, build and operate a 2.128 MW solar farm at Cloncurry.

The Qld Government is progressing contractual negotiations with Ingenero to build & operate the solar farm on land close to the Cloncurry North electricity substation. The solar farm will comprise 7,600 polycrystalline silicon photovoltaic panels mounted on multiple rows at an angle of 25o & facing due north.

These panels will generate approximately 3,700 MWhrs of electricity per year.

Weather permitting, the Cloncurry Solar farm should be completed in October 2012. The Cloncurry Solar Farm project is part of the Qld Government's commitment to make Qld the 'Solar State' & its ClimateQ strategy to address climate change.

The Australian Labor Party (ALP) met for the 46th National Conference over the weekend to attempt to shape a new National Platform and to consider important reforms to the Party.

The Liberal Party, the National Party & the Greens all have their own conferences, but no one tends to notice them. It is a little strange that Labor's biannual national get-together attracts so much attention.

The ALP National Conference ran from 2-4 December 2011. Each day there was policy forums covering policy issues from workplace relations in the iPhone age through to marine sanctuaries, new voices for social democracy and everything in between.

Emotions ran high during the debate over whether Labor should change its platform to support selling uranium to India.

Labor's Left faction has vowed not to give up its fight against uranium exports to India after the conference endorsed the Prime Minister's plan to lift the ban.

Several protesters were ejected from the conference for chanting anti-uranium mining slogans during Minister for Infrastructure and Transport Anthony Albanese's address. Former lead singer of Midnight Oil Peter Garrett was not amongst them. The Member for Kingsford Smith made a passionate speech about Nuclear disarmament & the Nuclear Non-proliferation Treaty but he was ignored.

The Environment Protection and Biodiversity Conservation (EPBC) Act is one of the most fundamental tools for biodiversity protection available to the Federal Government.

Late last year, Federal Labor received the final report of Dr Allan Hawke’s review of the EPBC Act. Amongst other

The Federal Labor Government will consider the recommendations of the Hawke review carefully, to ensure that our national environmental laws are supporting efficient and effective environment protection and to facilitate sustainable development, while at the same time cutting red tape and increasing certainty for business. Labor will introduce new legislation into Parliament during their second term to implement any reforms identified to better achieve these objectives.