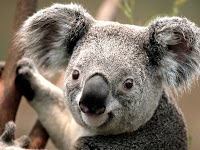 If one believes the polls, it seems almost inevitable now that the Liberal National Party will win the Qld State Election next week.

ASBG have been examining the LNP’s policies, to gauge the impact on the Environment & Environment Practitioners.

There are at last count 93 policies on the LNP website.

They all seem to follow a similar proforma as follows:

A CanDo LNP will act to [insert aspirational objective] by [insert knee jerk response with an arbitrary budget or little or no social or environmental impact assessment].

An LNP Government will invest [insert an arbitrary sum of money] into a package which will [reiterate impossible objective in different words].

The LNP will grow a four pillar economy across our industry, and understands the importance [reiterate aspirational objective again].

The tired 20 year Labor Government has ignored the needs [list some vested interests].

[Insert an oversimplification of problems being experienced].

The LNP is committed to delivering a strong, viable, healthy and sustainable [insert industry].

Under the Bligh Labor Government [insert industry] has struggled and many [insert vested interest] face an uncertain future.

The LNP is committed to the health and wellbeing of [insert industry] and will undertake a [insert shitloads of money] program in consultation with the industry.

[Suggest some superficial changes that are easily delivered by make no significant difference, like moving responsibility to another Department and refer to cutting waste a lot.

[Suggest handing back control to a group of stakeholders who are currently already in control].

The LNP understands [Insert activity] is very much a part of life in Queensland.

It's time for a change. With your help a strong and united LNP Government will get Queensland back on track.

There are a few things we can glean from the LNP’s 93 policies:

· a stable, clear legislative framework for the industry;

· Building infrastructure that is essential to the future growth of the resource & energy sector.

The Scenic Rim has been under particular focus due to conflicts between land uses such as Agriculture, Coal Seam Gas etc. Protecting the Scenic Rim. The LNP’s approach to CSG differs very little from the ALP’s current approach.

Other policies of interest include:

$10 million targeted buyback of commercial fishing licences, with a commitment to restore the health of Qld's fishery.

ASBG will follow the development of Environmental Policy, regardless of who wins the Qld State Election next week, to provide up to date information on Environmental regulation & legislation.

There has been no real surprise, in the Election Campaign from the incumbent Government. There has been an attempt to gain social licence for the CSG/LNG industry by investing half the proceeds into an education fund.

Labor claim a defining difference to the LNP on the environment protection including:

· Introduction of a waste levy;

· introduction of laws & a high rate of compliance by farmers & industry pollutant run-off into the Great Barrier Reef;

· participating in a national response to climate change;

The Queensland Floods Commission of Inquiry has now concluded.

The Commissioner Catherine Holmes presented her final report to the Qld Premier on 16 March 2012.