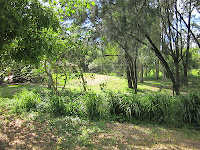 ASBG has a call for papers out for a Sustainable Procurement Conference on 5 June 2012.
See this link for more details.

On Tuesday 20 March 2012, the Society of Sustainability & Environmental Engineering is running a technical session on Peak Resources.

Wally Wight Coordinator of the Brisbane Chapter of the Association for the Study of Peak Oil and Gas (ASPO Australia) will discuss peak Oil.

Gladstone Harbour is back in the news, following ongoing controversy around fish deaths & deformities. There have been questions raised about the impacts of construction & dredging in & around the harbour.

A State Government investigation has been launched into the release of wastewater containing high levels of cyanide into the harbour.

The Department of Environment and Resource Management (DERM) says the chemical company Orica discharged waste water from its Yarwun plant in January and February 2012.

The water released contained twice the allowable levels of cyanide. Orica were not very proactive in their dealings with DERM & could face fines of around $2m.

This week the Qld Premier announced a Qld based Green Corridors plan to tie in with the Federal Government’s development of a National Green Corridors Plan to prepare our native plants and animals, as well as our agricultural landscapes for climate change.

The Premier is proposing a new for a 2,200 kilometre 'green corridor' from the Queensland's south-west border to the coast.

Farmer lobby group: Agforce has criticised the Labor Party’s plans & they have concerns about locking up agricultural land.

Large scale mining & dams would be excluded in the corridor but other land use will continue, depending on individual agreements with property owners.

The National Parks Association has welcomed corridor proposal saying it would go a long way to protecting the biodiversity of southwest Qld, but indicated that more funds would be required. $15m has been promised over four years by the Qld Premier.


Qld State Elections
On Saturday 24 March 2012 Queenslanders will go to the polls to elect a State Government.

Neither major party has released much in the way of substantial Environmental Policy. ASBG is still seeking responses from minor & major parties on Environmental and Sustainability issues.

There are indications that the Liberal National Party will reform (cut up ) the Department of Environment and Resource Management with a view to reducing red tape for energy & resources development. The intention is to provide industry with a stable, clear legislative framework but there is very little detail available on how the LNP will do this. Campbell Newman has a personal interest in renewable energy but this has not been reflected in party policy.

The Australian Conservation Foundation has listed the following as its key concerns in the election campaign:

• Progress land tenure reform and World Heritage nomination on Cape York Peninsula;
• Establish an Office of Sustainability to work on major areas of policy;
• Co-finance Sustainable Communities-Livable Cities projects;
• Make Queensland a leader in energy policy to advance a clean sustainable economy by:
– Establishing a moratorium on Coal Seam Gas mining;
– Developing clean renewable energy in Qld; and
– Legislating a ban on nuclear power and uranium mining in Qld.
Posted by rowan at 15:01