State of the Climate 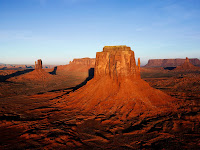 Here is the joint CSIRO and BOM media release for their State of the Climate Report released on Wednesday.
We're on track for the 5 - 6 ºC average increase for Australia in the not too distant future. When are we going to do something about this worsening situation?
State of the Climate 2012
Wednesday, 14 March 2012

Australia’s land and oceans have continued to warm in response to rising CO2 emissions from the burning of fossil fuels.
This is the headline finding in the State of the Climate 2012, an updated summary of Australia’s long term climate trends released by CSIRO and the Bureau of Meteorology today (14 March 2012).
CSIRO Chief Executive, Dr Megan Clark, said the latest analysis painted a clear decade-to-decade picture of Australia’s climate, while at the same time noting its highly variable nature from one year to the next. “Much of Australia may have lurched from drought to floods since the previous State of the Climate, but this has occurred against a backdrop of steadily increasing air and ocean temperatures and rising sea levels. What’s more, the rate of change is increasing.
“The fundamental physical and chemical processes leading to climate change are well understood, and CSIRO and the Bureau of Meteorology observations demonstrate that change is occurring now,” said Dr Clark.
Bureau of Meteorology Acting Director, Dr Rob Vertessy, said this updated summary was based on improved understanding drawn from detailed analysis of our national climate record, which goes back more than a hundred years.
“Ground, ocean and satellite based observations are giving us highly consistent observations of this warming trend. State of the Climate 2012 confirms that each decade has been warmer than the previous decade since the 1950s, with an increase in the number of warm nights, and more monthly maximum temperature records being broken.
“CSIRO and the Bureau of Meteorology will continue to provide observations, projections, research, and analysis so that Australia’s responses to the challenges of a changing climate are underpinned by robust scientific evidence of the highest quality,” said Dr Vertessy.
State of the Climate 2012 showed a general trend toward increased spring and summer monsoonal rainfall across Australia’s north, and a decline in late autumn and winter rainfall across southern Australia.
Sea-levels had risen around Australia at rates equal to or greater than the global average, and sea-surface temperatures in the region had increased faster than the global average.
State of the Climate 2012 documents the annual growth in global fossil-fuel CO2 emissions and other greenhouse gases. The CO2concentration of the atmosphere had risen to around 390 parts per million in 2011, a level unprecedented in the past 800,000 years. During the past decade it has risen at more than 3% per year, which is projected to cause significant further global warming.

Changes in average temperature for Australia for each year (orange line) and each decade (grey boxes), and 11-year average (black line – an 11-year period is the standard used by the Intergovernmental Panel on Climate Change). Anomalies are the departure from the 1961-1990 average climatological period. The average value for the most recent 10-year period (2002–2011) is shown in darker grey. Bureau of Meteorology
Posted by rowan at 12:51

Labels: State of the Climate