A letter to the Natural Resources Minister on Land Clearing

cc: The Premier and the Member for Brisbane Central and VM Enquiries

Twenty-seven academics from universities across Queensland with expertise in biodiversity conservation and sustainable development are urging Premier Campbell Newman to reconsider proposed changes to the Vegetation Management Act.

The scientists are expressing grave concerns about the future impacts of proposed changes to Queensland’s Vegetation Management Act and theWater Act. There are warnings of devastating habitat and species loss if changes to the state’s land clearing laws go ahead.

The concerned scientists believe amendments will include allowing a new category of broad scale native vegetation clearing and remove the protections which previously prevented clearing of mature regrowth of threatened plant communities and of vegetation along many watercourses.

I understand that you are assuring Queenslanders that the package of reforms will maintain key environmental protections such as buffer zones along creeks and rivers in sensitive reef areas.

My concerns about the changes to Vegetation Management include:
·       Land clearing is the greatest current threat to Australia’s biodiversity,
·       Vegetation loss is a major contributor to greenhouse gas emissions,
·       degradation and reduced water quality in waterways and estuaries,
·       dryland salinity and
·       lost ecosystems.

I realise the changes the Qld Government are proposing to make to vegetation management laws are intended to support growth in agricultural production, provide jobs and boost regional economies. However, restoration of lost ecosystems can cost more than $20,000 per hectare. Avoiding the loss of ecosystems in the first place is far more cost-effective.

The World Wide Fund have produced a report that provides the first estimates of environmental values potentially placed at-risk of renewed clearing due to the proposed changes to land clearing legislation in Queensland.

I would appreciate a response to my concerns and those of the 27 Qld academics. 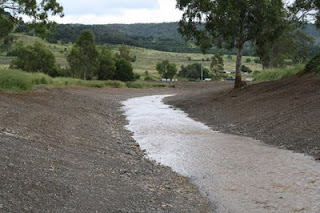