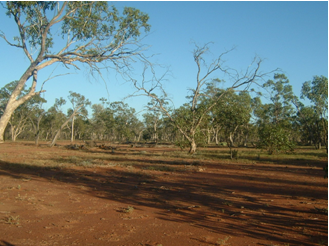 The Australian Sustainable Business Group (ASBG) are still in discussions with NortonRose on the best ways to deliver some workshops on the ever changing Carbon market. Public Holidays, school Holidays and other time constraints are making it difficult.

Stay tuned for a series of half day workshops in May, June & July as more detail is revealed by the Federal Government. ASBG is working with NortonRose to provide up to the moment information on the implications for business of the Carbon Price Architecture announcements.

In another half day workshop a representative from DERM will discuss "how to stay out of trouble with the regulator."

Yet another half day workshop will follow, for those with an interest in Safety. Particularly, changes to Dangerous goods regulation and the new chemical classification and labelling systems.


This week ASBG participated in an Ecoforum Workshop. The stated objective of the workshop was to encourage “business” to interact with community groups to increase understanding and bring about cooperation between industry and community.

I think it is an important objective to engage Community Groups with Technical Specialists. It is essential to raise the technical knowledge of community groups. They appear to lack the very basics of water chemistry, biology, ecology and the associated institutional arrangements.

We achieved a great deal and had the opportunity to discuss future strategies with David Bates – one of the convenors of EcoForum.

Senior Liberal Nick Minchin says the earth is more likely to be cooling than warming. The Senator has criticised Professor Ross Garnaut for being "on the Government's payroll".

While the debate about the Gillard Government's carbon tax plan, continues to rage, Professor Garnaut warned that the scientific case for climate change had strengthened the position that the Earth is warming and that human emissions of greenhouse gases are the main cause.

Senator Minchin - who led the Liberal Party's move to dump leader Malcolm Turnbull over his support for action over climate change - says Professor Garnaut, an economist, "knows nothing about the climate".

A panel reviewing New Zealand's emissions trading scheme has issued a discussion paper summarising the impacts and soliciting for feedback.
The NZ scheme starts with a very soft start. The current NZ discussion paper solicits views on ramping up the scheme. NZ’s ETS only requires liable parties to surrender one unit for every two tonnes of emissions until the end of 2012.
Liable parties can currently also opt to pay a fixed price of $25 per emissions unit. About 50% of New Zealand's emissions come from agriculture, and agricultural processors are due to enter the scheme in 2015.
The paper says the average dairy farmer currently incurs working expenses of about $494,000 and the entry of agricultural processors into the scheme will increase these costs by about $10,000.
Sheep and beef farms currently incur average working expenses of $180,000 a year and these will rise by $5,500 a year.

QUU is the water and wastewater business servicing the five local authorities of Brisbane, Ipswich, Lockyer Valley, Scenic Rim and Somerset. QUU is jointly owned by the five councils and operates as a statutory authority. The sewers & water distribution networks are suffering from years of neglect & every second week another water main erupts under a sink hole.

Water & sanitation infrastructure is too critical to be neglected & milked for cash by short term thinking.
Posted by rowan at 14:57