Earlier this year the Office of Best Practice Regulation (OBPR) delivered its final report, Measuring and Reducing the Burden of Red Tape, which aimed to identify key priority areas and a structure for achieving regulatory reform in Qld.

The OBPR was set up by the Qld Government soon after the State election to drive regulatory reform.

Key functions of the OBPR are:

·       Assessing the adequacy of proposed regulation using the Regulatory Impact Statement (RIS) System.
·   Communicating with government agencies and providing advice on how to ensure that regulatory approaches minimise the burden of regulation.
·     Undertaking reviews of policies and regulations that create a burden for business, government, and the community. The first step in this process involves reporting to Government on a framework for  reducing the burden of regulation
·     Implementing a permanent mechanism for businesses and community organisations to raise issues in relation to any regulatory matters. any regulatory matters

The Qld Government's Response to the OBPR's Final Report on Measuring and Reducing the Burden of Red Tape and Regulation can be found at -http://www.qca.org.au/Obpr/rbr/

The Qld Government has supported, either in full or in part, 98% of the recommendations in the OBPR’s Final Report. The Response provided a framework for achieving the Qld Government’s arbitrary target of reducing red tape by 20%.

The Qld Government appears to be cutting Red Tape for the sake of cutting Red Tape.  In doing so, decision making is being centralised into the Department of State Development and Infrastructure Planning in a way that we have not seen since the early 1980's.

As part of these reforms, Ministers and Directors-General have been allocated red tape reduction targets for their portfolios.

The Qld Government has begun progressing more than 400 red tape reduction initiatives.  250 of them have been completed. This ranges from major legislative reforms to specific administrative arrangements.

The Qld Government has attempted to reduce costs in domestic dwellings, by removing the requirement for rainwater tanks, six-star energy ratings and electric hot water systems on new homes.

The Qld Government claims to be streamlining the development approvals process, predominantly through changes to elements of planning legislation:

·       The Sustainable Planning and Other Legislation Amendment Act 2012 (SPOLA Act) and the State Assessment and Referral Agency (SARA)
·       A single State Planning Policy
·       Changes to the local infrastructure contributions framework.

One of the first initiatives was the removal the waste levy, in order to save businesses millions of dollars a year in reduced paperwork and compliance costs. However, removal of the waste levee, also led to the loss of the associated waste reduction programs and has led to an influx of waste from interstate.

The Qld Government claims streamlining the approvals process for all Environmentally Relevant Activities (ERA) has saved affected businesses on average $20,000 in application costs, 150 pages of paperwork and 68 days of processing time.

·     The site must have written procedure/s that:
·       Identifies potential risk during operations and emergencies
·       Establishes control measures to minimise environmental harm
·       Trains staff and reviews performance
·       The site must not cause environmental nuisance at sensitive places (e.g. complaints from neighbours on odour, dust and noise)
·       Noise control includes no auditable noise from 7 pm to 7 am except Sundays from 7 pm to 8 am on to sensitive places such as dwellings, hotels or residential places, schools, hospitals or medical centers.
·       Store all chemicals >15 L in bunds
·       Manage stormwater to prevent or minimise environmental impacts
·       Implement sediment and erosion control measures
·       Store or remove wastewater if soil conditions or wet weather prevent release
·       On site closure the site be rehabilitated and not discharge contamination to waters and the land is safe for fauna and humans

These default conditions are likely to form the basis for the site-specific application.  While simple some can be considered quite strict and should be carefully reviewed.

Companies looking to operate in Queensland will be facing the new criteria which is generally outcome focused and less concerning on the processes used to achieve these environmental outcomes.

Refer to the Consultation information sheet for further information on preparing your submission.  Submissions close 19 August 2013.

The Government claims that vegetation management reforms give landholders more control over their land and ensure primary producers can get on with growing their businesses without being hindered by unnecessary bureaucracy.

In 2006, clearing of remnant vegetation to create pastures for agriculture was the principal activity that was stopped and which previously accounted for the vast majority of land clearing.

The factor contributing most to the loss of biodiversity in Queensland has been and continues to be the destruction of native habitat by broadscale land clearing. Immediate effects on biodiversity include the removal or killing of species, the most obvious being plants, and the rapid reduction in habitat for other species. Habitat loss is a major factor in loss of woodland bird diversity in Australia: it has been estimated that 1000–2000 birds die for every 100 ha of native bushland cleared

Broadscale land clearing not only reduces the extent and diversity of natural ecosystems but also fragments them into remnant patches that, in many cases, are too small and too isolated to maintain viable populations of species.

Fundamentally, the objective is to change the culture of Government to one that actively reduces red tape, as well as addressing the systemic causes of over-regulation.  It remains to be seen if the pendulum swings too far towards politicized processes or an over-reliance on self regulation 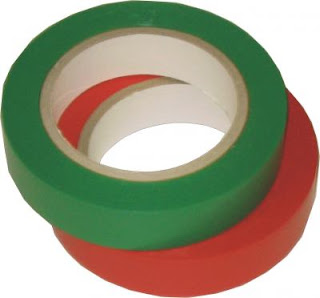 The June 2013 Public Performance Report is available and provides an overall overview of Department of Environment and Heritage Protection’s self assessment of performance.

Information on the department’s assessment of its current and trending levels of performance in assessing and approving resource and development projects will be regularly published on the EHP website.

The Department of Environment and Heritage Protection’s $171.1m operating budget allocation and $30.1m capital budget includes a number of funding commitments including:

The stated objectives for EHP in 2013–14 include:
·       continued measures to cut red tape,
·       implementation of practical programs that uphold environmental standards,
·       funding for grassroots environmental projects across the state.

Further to reforms to the current planning and development, the Qld State Government believes it has made further significant cuts to red tape. The Newman Government’s Resources Cabinet Committee has made it even easier to gain approvals for resources projects.
The Changes aim to streamline the environmental impact statement (EIS) process, which all large resource projects need to complete.

As part of the changes, the Coordinator-General and Department of Environment and Heritage Protection formulated new risk-based, generic terms of reference for EIS processes conducted under the State Development and Public Works Organisation Act 1971.

When the proponent has produced the EIS, it too is made available for a minimum period of 30 business days for stakeholders and the public to review the document, and to submit comments on the quality of the proponent’s assessment and commitments.

The aim of the process is to identify all significant impacts and propose all reasonable and practicable measures to protect the environment, before EHP develops the draft environmental authority.  A framework titled Managing the Impacts of Major Projects in Resource Communities, outlines a package of initiatives to assist local government, communities and industry work together to manage the impacts of resource development on regional communities.
A new suite of guidance and support material for applicants developed by EHP aims to help clients complete their application and avoid further information requests from the department. Fully completed applications allow EHP to complete the assessment process more quickly.

EHP is still involved with the assessment and approval of resource and development projects under the Environmental Protection Act 1994.

During 2012–13 EHP completed environmental impact assessments on projects that, if they progress, will contribute $5 billion in capital expenditure.

In addition, EHP is also conducting assessments for more than 30 major resource project proposals, which will contribute up to $18 billion in capital expenditure.

In 2012–13 the average assessment timeframe for petroleum, geothermal and greenhouse gas activities was 28 business days, down from 56 business days in the previous financial year.

The Environmental Protection (Waste Management) Regulation 2000 expires on 1 September 2013. A review of the regulation has been undertaken and a discussion paper outlining several options is now available for comment.

Submissions close on 22 July 2013. You can email submissions to: Epact.Policy@ehp.qld.gov.au 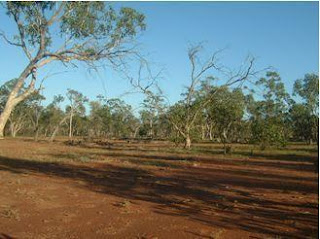 The Department of Environment and Heritage Protection has established the framework for assessing and approving auditor applications. Individuals applying to be a contaminated land auditor can refer to the draft prescribed guideline and draft prescribed code of conduct when completing and submitting the application form.  There are concerns this will make for a lower standard for contaminated site auditors who will find it easier to get their Qld certification.  Due to interstate licensing recognition requirements Qld qualified auditors will be permitted to operated in all other Australian states.

The tool prompts users to select all their ERAs and identifies their application requirements, from the correct application form and annual fee to which environmental considerations should be covered in an application.

The Environmental Protection 1994 allows for standard applications for an environmental authority to be made for certain lower-risk activities. A standard application is one where the activity is subject to eligibility criteria and standard conditions. The Department of Environment and Heritage Protection has prepared 19 sets of draft eligibility criteria and standard conditions for activities such as screening, small sewage treatment plants and meat processing.

The proposed eligibility criteria and standard conditions for the 19 prescribed ERAs have been released for public consultation.

One can use the template and the Consultation information sheet – Draft eligibility criteria and standard conditions for ERAs – Supporting information and making submissions when preparing your submission. Submissions close on 19 August 2013 and can be sent to: Epact.Policy@ehp.qld.gov.au

The Environmental Protection (Waste Management) Regulation 2000 expires on 1 September 2013. A review of the regulation has been undertaken and a discussion paper outlining several options is now available for comment.

Submissions close on 22 July 2013. You can email submissions to: Epact.Policy@ehp.qld.gov.au
Posted by rowan at 13:37 No comments:

planning and development in QLD

The Qld Government is reforming the current planning and development system in pursuit of perpetual growth. The changes mean that the chief executive administering the Sustainable Planning Act 2009 (Qld) (SPA) has now taken over the assessment manager and concurrence agency roles which were previously administered by the various state agencies.  In effect, State decision making is being centralised to the Department of State Development, Infrastructure and Planning.

This reform has been driven from consultation with disaffected local governments and property developers.

Key elements of planning reform are:
·       the Sustainable Planning and Other Legislation Amendment Act 2012 (SPOLA Act) and the State Assessment and Referral Agency (SARA)
·       a single State Planning Policy
·       changes to the local infrastructure contributions framework.

SARA will revolutionise the way developers dealt with development applications referred to or assessed by the state.

The Department of State Development, Infrastructure and Planning is now the single point for state assessment or referral of these development applications.

An ePlan Portal has been introduced to assist councils and state agencies handle planning documents.  It enables local governments to lodge documents, state agencies to access those documents and provide comments, and the department to coordinate the review process for planning schemes and temporary local planning instruments. For more information on the planning reforms visit the DSDIP website.

The Qld State Government is attempting to identify the reforms necessary to deliver a framework to support sustainable local governments and a prosperous property development and construction industry.

The public consultation runs from early July until 9 August. 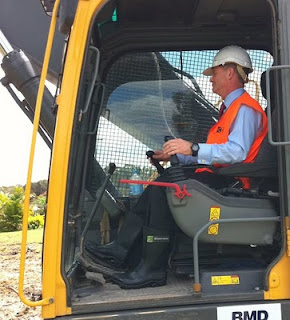