In the wake of the federal budget reply, I have observed that an incoming Coalition government would probably shut down the Clean Energy Finance Corporation (CEFC).

The CEFC is currently a legislated $10 billion fund, established by the Federal Government, dedicated to investing in clean energy.

Under its enabling legislation, its investment activities will be funded through a special appropriation of $2 billion to a special account every year for five years, commencing from 1 July 2013.

The CEFC's investment objectives are to catalyse and leverage an increased flow of funds for the commercialisation and deployment of Australian-based renewable energy, low emissions and energy efficiency technologies, thus preparing and positioning the Australian economy and industry for a carbon constrained world.

By working with private sector co-financiers, the CEFC aims to both leverage the total amount of funding available and to enhance the expertise and capacity of the financial sector to fund clean energy.

The CEFC will invest in organisations and projects using 'clean energy technologies' as well as manufacturing businesses that focus on producing the inputs required.

The CEFC has been set up to make its investment decisions independently, based on rigorous commercial assessments.

The Opposition Leader, Tony Abbott, said he would save up to $400 million by scrapping the CEFC scheme.

I wonder how much less industry would implement low emission technologies without the $10 billion seed investment funding that the CEFC framework could provide at a cost to the Government of less than $400 million.

The plan for the CEFC was to invest in organisations and projects using ‘clean energy technologies’ as well as manufacturing businesses that focus on producing the inputs required.

I suspect that the axing of the CEFC will undermine efforts to build a competitive low carbon economy.

This move has the potential to destabilise and deter significant market based investment in technology and infrastructure in the power generation sector and threaten Australia’s transition to a less carbon-dependent and more sustainable economy.

The loss of the CEFC is likely to destabilise clean-energy investment, severely limit new long-term projects and leave Australia’s economy exposed to future emissions restraints in a carbon-constrained global market.”

Mr Hunt recently mentioned that only three sectors of the current ‘departmental’ arrangements will remain:

So the likes of the Climate Change Authority (CCA) other parts of the old Department of Climate Change and Eneryg Efficiency and possibly the Energy Efficiency Opportunities (EEO) will be absorbed under other departments.

Mr Hunt also indicated that simplification and lowering of measurement costs was also a high priority.  NGERs will be the reporting systems and other duplicate, state and also EEO would be simplified. 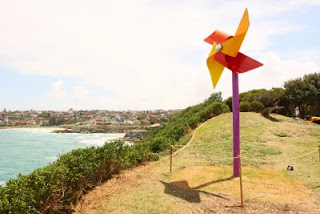