Capt Quirk's response to my correspondence 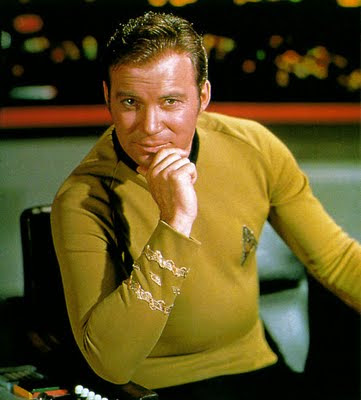 I have written to the Lord Mayor on numerous occasions, expressing my concerns at the impacts & costs of the Northern Link Road Tunnel from Toowong to Kelvin Grove.
Here is his response.....and it makes me wonder.
We all know that Can-Do was passionate about urban cleansing and tunnels.
What is Quirky passionate about?
* Disability services?
* Race horses?
* Cutting down trees?

OFFICE OF THE LORD MAYOR

While I appreciate your concerns, as I mentioned during our discussion on the ABC, Legacy Way is a must-do critical project. In planning for the future, we must look at ii whole of city basis.

The Clem Jones Tunnel (CLEM7) is proving to be a vital addition to Brisbane’s transport network each day, relieving pressure on alternative routes, like the Story Bridge. Recent travel time surveys have revealed CLEM7 is offering savings ranging from 40 to 70% across a variety of routes, which has resulted in a significant decrease in congestion around the city. CLEM7 also provided an important link during the recent Brisbane flood.

I am confident that Council’s traffic forecasts are reliable and a sound basis to plan for the future. The Go Between Bridge is regularly meeting Council’s forecast traffic volumes. Evidence from operational toll roads throughout Australia has shown that governments are generally accurate in forecasting traffic and even tend to understate long-term growth on toll roads. Short-term variations in traffic volumes are typically within 20% of government forecasts.

The competitive tender process from Legacy Way generated a $300 million saving, through cost-effective innovative designs. Due to this significant saving, traffic could be low as 50% of Council’s forecast after opening, or approximately 12,000 vehicles per day and still remain financially sound, according to the Queensland Treasury Corporation’s 2009 credit approval for the project.

You have requested a copy of the Legacy Way Business Case. I am told that this is available to be viewed in person at the Legacy Way site office. Please contact the project team on 1800 692 333 to arrange a suitable viewing time. In addition, you may not be aware that the Business Case for Legacy Way was approved by the Queensland Government as part of their approval for the funding approach.

It has always been Council’s commitment to minimise impacts for residents at the eastern end of the Legacy Way tunnel. Throughout the recent consultation process, Council and Trancity have assessed noise modelling data and the upcoming construction activities for the project.

In your email dated 15 May, you mention poor pedestrian connectivity with the city. The former Lord Mayor Campbell Newman wrote you to about this issue in his letter dated 15 February 2011. However, I have asked Council’s Local Asset Service branch to investigate pedestrian access in Normanby Terrace, as it does not fall within the scope of the Legacy Way project.

New footpath funding has been distributed evenly between each ward through the Ward Footpath Trust Fund. It is up to local Councillors to decide which new footpath projects get funded following consultation with property owners.

With this in mind, I have written to Councillor David Hinchliffe, Councillor for Central Ward, for his consideration and action. If you would like to discuss your request directly with

I appreciate your feedback, however, we have exchanged correspondence several times now on Legacy Way and our transport agenda. I do not believe there is much to be gained by writing further on this issue.