I don't buy or read the Courier Mail but I picked up this conversation and a link to an article on twitter.

Today Des Houghton had a story on the front page of the Courier Mail which began:

a $2.7 billion water recycling scheme will remain mothballed, unless there are customers for it, Premier Campbell Newman says.....

The Western Corridor water recycling scheme was designed as an indirect potable reuse scheme.  All of the industrial customers combined - power stations, oil refineries, paper mills, abattoirs etc...can only use about 10% of the water.  Agriculture could use the water but they may not be able to afford the costs of treatment and transport.

and then the article in the Courier Mail states:

Completed in 2009, the business linked three water plants and was the linchpin in the $6.9 billion water grid that was designed to drought-proof Queensland.
Water Minister Mark McArdle said although the recycling scheme produced water for power stations, none of it made it to drinking supplies.
"The scheme has been an unmitigated disaster,'' he said.

The quantity and quality of water produced by the Advanced Water Treatment plants is suited for potable (drinking) supplies.

"It started under the Bligh Government, it's continued under the new government - when it comes to water, both of them have stuffed it up," he (Peter Beattie) said.

From my point of view, Kevin Rudd did not block Traveston Crossing Dam.  The Hon Peter Garrett, as Environment Minister was unable to approve the construction and operation of Traveston Crossing Dam because the proponent (the Qld State Government via Queensland Water Infrastructure Pty Ltd) was unable to demonstrate that they could conserve threatened species or wetlands of international significance. 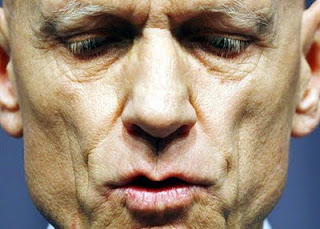 It is difficult to convey this in 140 characters. 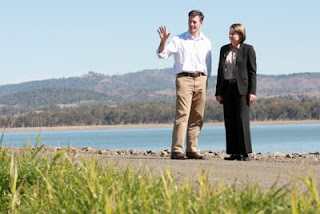