The Vegetation Management Framework Amendment Bill 2013 was referred to the Qld State Development, Infrastructure and Industry Committee for consideration.  The committee was headed up by the Honourable David Gibson.

A report was tabled to the House on Tuesday 14 May 2013, recommending the Bill be passed.

The Bill proposes to remove regulations regarding regrowth control on freehold and indigenous land, these regulations will still apply to leasehold land and in reef watercourses.

While it seems inevitable that this legislation will be passed by the Qld LNP Majority Government any day now, it would be nice to have some sensible discussion of the issues.

At one end of the spectrum, the World Wide Fund for Nature are running television and radio advertisements, which they say aims to prevent one of the largest environmental rollbacks in Australia’s history. 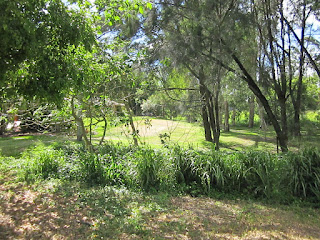