A Swan Song for a clean energy future???? 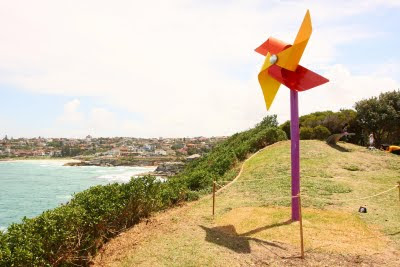 Yesterday Wayne Swan addressed the National Press Club outlining the Gillard Labor Government’s plan for a clean energy future.
Swanny attempted to paint a future which will see Australia's economy continue to grow and thrive with a price on pollution.
The Treasurer, Wayne Swan released the results of Treasury’s review of a $20/t carbon tax which he embellished at the National Press Club speech yesterday. He key comments include:

The first conclusion is this:
our economy will continue to grow solidly while making deep cuts in carbon pollution.
The modelling will show real national income growing strongly under a carbon price, at an average annual rate per person of around 1.1 per cent until 2050 instead of 1.2 per cent. This means a carbon price would only reduce annual growth in GNI per person by about one-tenth of 1 percentage point. Real national income per person would be 16 per cent higher than current levels by 2020, which is an increase of more than $8,000 in today's dollars.
By 2050 the increase is about 56 per cent, or more than $30,000.
The second conclusion is just as important:
employment continues to grow just as strongly after we put a price on pollution. Today I can say that the modelling shows aggregate employment is approximately the same with or without a carbon price. By 2020, national employment is projected to increase by 1.6 million jobs, while at the same time growth in domestically-produced pollution slows.

Mr Swan then went on to the third outcome that of developing low emissions goods and services,
especially less-emission-intensive and renewable electricity.
He finished his presentation on the point that
‘the only way to get these kinds of outcomes in a cost-effective way is with a market mechanism.’

Swanny also pointed to modelling which suggests our renewables sector will experience dramatic growth under a carbon price – with the renewable electricity sector projected to be 600 per cent bigger in 2050 than it is today.

These economic benefits are of course before one takes into account the long-term environmental benefits of this reform such as protecting the Barrier Reef, Kakadu or the agricultural wealth of the Murray-Darling Basin.
My fear is if the carbon tax is brought in too low, it will kick start the coal seam gas industry in preference to wind, solar thermal & other renewable energy technologies.....

What these numbers show is that this reform is essential both for our economy and for our environment.

We can’t let Australia become a country incapable of reform. A country where the deniers, the dinosaurs, the vested interests and partisan commentators destroy the reforms that we need to prosper together.

I would invite you to have a look at Swanny's speech in full.
Posted by rowan at 19:18