Greg Combet does Stand Up at the Press Club 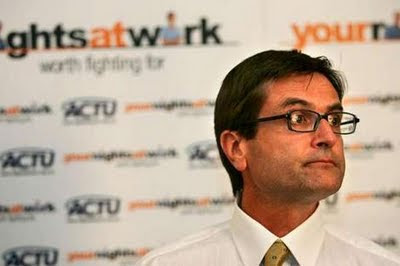 Just over six weeks ago, on 10 July 2011, the Federal Government announced a plan for a clean energy future.

Today, Greg Combet gave a major address to the National Press Club to review where the policy is up to, how it is tracking, and what the package will do for the Australian economy.

Mr Combet attempted to dispel some of the myths propagated by the Coalition at both the Federal and State levels.

Given the importance of climate change, the public debate is disappointing to say the least.

Please take the time to watch the speech or share it with friends and family who may be interested to get the facts.