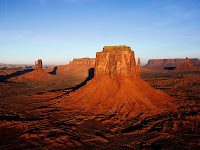 The public is invited to have its say on the environmental impact statement (EIS) for the proposed multi-billion dollar Arrow liquefied natural gas (LNG) plant in Gladstone.

Arrow CSG (Australia) Pty Ltd is proposing to build a 300-hectare LNG facility on Curtis Island, in the Port of Gladstone.

Deputy Premier and Minister for State Development, Infrastructure and Planning Jeff Seeney said the release of the EIS was a major milestone for the project, and if approved, would provide a jobs bonanza for Gladstone.

“The Arrow Energy plant would provide huge economic benefits to the state, and employ up to 3715 people during construction and 450 people during operation,” Mr Seeney said.

“And it would stimulate further investment in the expanding coal seam gas industry, which is steadily increasing its share of the Australian energy market.

“The project’s assessment will be managed by the Coordinator-General who will look at all issues and associated impacts on behalf of the state government.

“If approved, operation of the plant could begin as early as 2017.”

Coordinator-General Barry Broe said it was a large, complex project involving local, state and federal government approval processes and one which would potentially impact on a number of environmental values.

“Consequently, in June 2009 the Coordinator-General declared it a ‘significant project’ for which an EIS is required,” Mr Broe said.

The Curtis Island facility is expected to have a capacity of up to 18 million tonnes of LNG per annum, through a staged development.

A nine kilometre-long feed gas pipeline would be needed from the Gladstone City Gate, traversing Port Curtis via a tunnel under the seabed.

Dredging of the sea bed of Port Curtis and the riverbed at the mouth of the Calliope River is also required to provide access to marine facilities on Curtis Island, and the mainland.

Coordinator-General Barry Broe said he encouraged members of the community to have their say on the EIS.

“The EIS will be available for public comment for six weeks from Monday 16 April 2012.

“For a copy of the EIS, people can download the document from www.arrowenergy.com .

“Alternatively, people can obtain a free copy on DVD or purchase a printed copy by calling 1800 038856 or emailing: arrowlng@arrowenergy.com.au .”

The EIS will also be on public display (subject to local opening hours) between 16 April and 28 May 2012, at:

All public submissions must be in writing and received by the Coordinator-General via by 5pm on Monday 28 May, 2012.