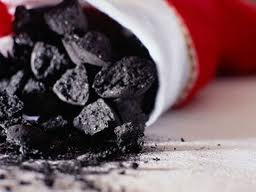 The Port of Abbot Point is one of three existing coal ports in Qld and has been identified by the Qld Government as a preferred port to support further development of the coal export industry.

It is seen as critical to economic development in Central and North Qld, as underlined by the Government’s designation of a State Development Area at Abbot Point.

The report identifies mechanisms to reduce and offset greenhouse gas emissions from the port and ensure port design has accounted for possible climate change effects such as sea level rise.

The report does not consider greenhouse gas and particulate emissions of transport of coal over vast distances using bunker C fuel oil or combustion of thermal coal.

The Deputy Premier: Jeff Seeney reports that the proposed port expansion was unlikely to affect the integrity of the Great Barrier Reef World Heritage Area.

Mr Seeney says the reports illustrates that Queensland can have bulk export ports and they can operate with no threat to the Great Barrier Reef. He said the assessment showed that well-managed development could co-exist with a healthy environment.

The Deputy Premier says: “This assessment should put an end to the scare campaigns run by extremist groups whose real agenda is to shut the coal ports and the coal industry as a whole.”

“Too often they [environmental groups] cry wolf, claiming that any proposed new development will wipe-out entire marine or terrestrial species and threaten the existence of the reef itself.”

Mr Seeney said the assessment had been peer reviewed by leading scientists and experts, leaving no room for extremists to distort its findings.  He says that the report highlights that we can have both economic development while protecting the environment because we will insist on world’s best practices and world’s best standards.

Regarding the CIA for Abbot Point in your latest newsletter. As usual with mining funded reports they are interesting for what they do not include compared to what is included. They always say impacts can be managed. There is much the CIA appears to have missed that I have repeatedly asked for in public submissions over the years on project proposals in Abbot Point, such as a study on the impacts of a combined flood and storm surge event. Such events are  not unlikely in this location, a narrow low lying coastal plain, because the 6,000 ha wetlands there receive all the runoff during the Wet Season from a 600 square kilometers area of hills to the south of the catchment. Flooding can be severe and usually happens It has overwhelmed wastewater ponds in the past few years (on the spot witness told us that but the port authorities denied it and patched it up before DERM got there).

A big event would sweep wastewaters out to the Reef waters offshore and into the Caley Valley Abbot Point wetland aggregation which, because it is partly tidal, would also carry contaminants out to Great Barrier Reef Marine waters. Future plans call for much filling of these internationally significant wetlands so eventual flooding can only be higher and more damaging.
The CIA report is open for submissions until Dec 4th. We ask that independent engineers and scientists take a look at them at

Can you let your readers know about the chance for submissions at the above website?  Thanks.
Posted by rowan at 22:30