Here is a press release from the Deputy Premier Jeff Seeney.  It is a great example of the current Queensland Government's contempt the Environment movement. 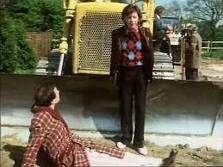 
Deputy Premier Jeff Seeney said today the World Wildlife Fund and the Wilderness Society were being deliberately alarmist in their claims about changes to the Queensland Coastal Plan.
Mr Seeney said Queensland’s coastal planning regime today is the same as it was for more than a decade up to February this year.
In February, on the eve of the state election, the discredited Bligh Labor Government rushed through changes to the Queensland Coastal Plan.
A draft State Planning Regulatory Provision (SPRP) introduced by the Newman Government this week removes the hasty policy change which was made without consultation with local government or other property industry parties.
Mr Seeney said the draft SPRP would be in effect for 12 months while a new Single State Planning Policy was prepared.
“We gave a clear commitment in our Property and Construction Strategy during the election campaign that we would revisit the Bligh Government’s last minute changes to the coastal plan and that we would reform the entire planning regime in Queensland,” Mr Seeney said.
“My department is working with the Department of Environment and Heritage Protection and various stakeholders to review the Queensland Coastal Plan.
“What the government has done in the meantime is to return coastal planning policies back to the regime that existed prior to February this year and was in place under the Beattie and Bligh Governments.
“By introducing a draft SPRP we are providing a sensible basis for consideration of proposals in the coastal zone while the coastal plan is reviewed.
“This will allow the Queensland Coastal Plan and State Planning Policy to be debated and consulted upon in a way that should have happened last year.
“The unravelling of the Bligh Government saw normal consultation processes dispensed with. Instead Labor did a last minute backroom deal to pander to their Greens allies and shore up their support for the looming election.
“Local government faced chaos and confusion in attempting to interpret and implement the new planning laws.
“We have removed that uncertainty and will now proceed in a measured and professional manner to reform planning regulation.
“We have informed local government organisations, property, planning and development industry bodies, the Environmental Defenders Office and the Queensland Conservation Council of this course of action.
“Claims that the draft SPRP lowers environmental protections are nothing more than the usual baseless, sensational rantings of radical green groups which will do or say anything to further their aims.
Posted by rowan at 20:22