I am not opposed to uranium mining or nuclear energy.

It does seem gross hypocrisy to assure the ACF that one has no plans to approve uranium mining and then announce plans just a few days later. 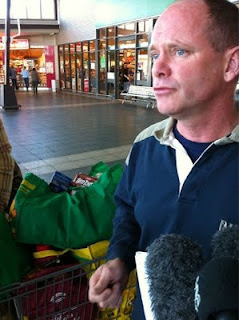 This morning a Cereal Box caller on 612 Brisbane radio, pointed out that:

The Qld State Government has announced it will convene a three-member implementation committee to oversee the recommencement of uranium mining in Qld.

The Australian Conservation Foundation says it received a letter from Premier Campbell Newman just days prior to this announcement that stated the Qld Government had no plans to approve uranium mining.

Minister Cripps said the State Government would not consider nuclear energy production or nuclear waste disposal plants in Qld as part of the recommencement of uranium mining.

The committee will report to the State Government within three months.
Posted by rowan at 23:19