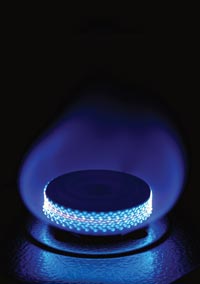 A proposed billion dollar coal seam gas pipeline has been given the go-ahead by the Department of Environment and Heritage Protection (EHP).
Minister for Environment and Heritage Protection Andrew Powell said the department had completed its assessment of the Environmental Impact Statement (EIS) for the Arrow Energy Bowen Pipeline Project.
“The project would involve the construction and operation of a 580 kilometre high-pressure gas pipeline to deliver coal seam gas from gas fields in the Bowen Basin to a proposed LNG plant at Gladstone,” Mr Powell said.
“The department considered the EIS documentation, as well as public submissions, before deciding it was satisfied the environmental impacts of the pipeline would not be unacceptable.
“The buried pipeline route would cross private land, roads, railway lines, watercourses and wetlands.
“Arrow Energy has outlined a range of practices in the EIS to ensure that activities conducted across various types of terrain and land uses would deliver an acceptable environmental outcome.
“The pipeline will also require an Environmental Authority from the department which will set out enforceable environmental performance requirements during the construction and operation of the pipeline.
“These conditions would ensure commitments made in the EIS are fully implemented.”
Mr Powell said the pipeline would involve a capital investment of approximately $1 billion and generate around 700 new jobs.
“Over the past twelve months we have consistently said we would work with industry to deliver sustainable economic development while upholding strong environmental standards and this project is a great example of that,” he said.
“While the EIS process is now finalised, Arrow Energy will need to obtain some final approvals from EHP and other government agencies. This project will also require Federal Government approval before construction can commence.”
“The Newman Government is confident we can work with industry to deliver positive economic outcomes for Queensland while protecting our environment.”
[ENDS] 25 March 2013
Media contact: Brooke Hargraves 0458 689 043
Posted by rowan at 19:30