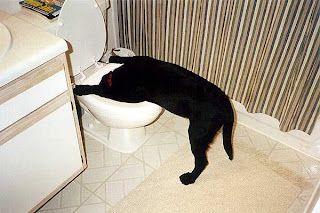 The current Government formally resolved to respond to repeal the waste levy, to take effect 1 July 2012.  On 10 April 2012 they made good on the election commitment to abolish the former Government’s waste levy.

ASBG wrote to the QLD Government to clarify their intentions with the changes to the waste legislation.  In response, Tony Roberts, Assistant Director-General, Natural Resources and Environment, Department of Environment and Heritage Protection (DEHP) provided ASBG with a letter stating:

This levy will not be replaced and programs that may have been funded by this levy have been suspended.

ASBG in its correspondence also warned that discontinuation of the levy will make it economically attractive to send wastes from Sydney and the Hunter regions to south east Queensland in a about year.

Your concerns in relation to the interstate waste coming into Queensland are noted.  Although the levy will be repealed, provisions of the Act relating to waste disposal and recycling reporting at landfills will be retained.  Information that waste disposal sites will still be required to provide includes the amount and type of waste and where it came from.  This gives the department the ability to monitor interstate waste movements

It is clear levy will not be replaced and programs that may have been funded by the levy have been suspended. However, many aspects of the Waste Reduction and Recycling Act 2011 have been adopted by the current Qld Government.  When the levy is repealed on the 1 July 2012, the provisions of the Waste Reduction and Recycling Act 2011 relating to waste disposal & recycling data reporting at landfills will be retained.
Under s152-153 reporting entities includes landfills and recycling activities as defined under the Waste Reduction and Recycling Regulation 2011.   Such entities must provide an annual report on among other things, waste types and amounts collected and as described under the regulations.  Failure to provide a report is $10,000 maximum fine.  There appears no penalty for false or misleading data or reporting.   ASBG has considerable issues with the ability of the DEHP to police and be able to demonstrate miss-representation of the origin of waste arriving at landfills.  Such monitoring appears to rely on the honesty of the waste deliverers.  If there is commercial interest the reliability of such information will be questionable.

Provisions of the Waste Reduction and Recycling Act 2011 allow for the introduction of disposal bans, which is also referred to in Mr Roberts response. Under the existing legislation, the Minister may regulate waste for the purposes of a disposal ban, but only after considering all of the following:

The Minister may also recommend regulation that identifies waste for the preparation of a priority product statement and the use of product stewardship arrangements, to shift the obligation onto waste generators to reduce waste.

However, a ban will not stop wastes crossing the border.  Free trade between states and territories is a cornerstone of the Australia Constitution.  As such a ban must only cover a specific waste type, but cannot discriminate from where that waste came from within Australia, otherwise it would be unconstitutional.

By ASBG’s reckoning once an economic trigger has been reached transport of wastes from the high levy areas in NSW will head north.  As it seems from this letter the $35/t for non-municipal wastes will no longer apply, then control of the issue shifts to the NSW Government.  This may well end up capping the NSW levy, as NSW Treasury will lose revenue if they set the levy rate too high.  The NSW Government is currently reviewing the Waste and Environment Levy and it will be interesting if they find such an outcome and recommend a maximum cap on levy rates for various levied areas in NSW.

On the other hand the Queensland Government is cutting the cost of waste disposal by removing the levy.  This will not only affect standard commercial wastes, it will also reduce the costs for regulated high and regulated low “hazard” wastes.  ASBG has always had issues with the application of the $150/t and $50/t levy rates for these wastes.  In fact if they had stayed in place such wastes would have had considerable economic incentive to send such wastes across to NSW and pay the northern NSW levy rate.

The loser out of all this levy process will be the environment.  Transporting wastes long distances is a perverse outcome from waste levies purported to improve the environment, where in this case the reverse will occur.  That is unless either NSW or Queensland changes its waste levy position.
Posted by rowan at 14:12