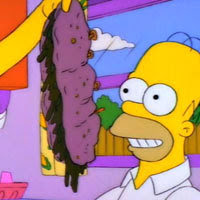 Budget
Last week, the newly appointed Lord Mayor of Brisbane released his budget for Brisbane. Last month ASBG trawled through the Federal Budget looking for some good news for the Environment and/or the planet.

This week, it was the Qld Government's turn to spruik its budget which includes:
• $75 million to support investment in solar power energy generation
• $60 million to the end of next year for ClimateSmart Home Services – reducing household bills and carbon emissions
• $28.6 million allocated for the newly declared estate on North Stradbroke Island
• Initiatives to stimulate geothermal energy growth.

After the ongoing kerfuffle over the “resources rent Tax, it was a little surprising to how little Qld gets from royalties (in the scheme of things), relative to how much is spent on economic services to the mining industry. ASBG needs to do more research.

Have a listen to Kate Jones talking up a greener Queensland.

Rebuilding Queensland
Following Queensland's summer of natural disasters, $6.8 billion in State and Federal disaster funding will be provided in 2011-12, including $2.9 billion on roads, $2.75 billion for local Governments and $656 million for small business, non-profit organisations and primary producers.

For more information, read Rebuilding Queensland after the natural disasters of the summer of 2010-11 and view the Premier's media release.


The Water Blame Game
The QLD Government will also maintain its focus on the blame game over
South East Queensland's water supply, demand management and who is responsible for water prices rises.

Ironically the Queensland Water Commission (QWC) will continue to play a role as another cost centre, without really adding any value. The QWC has total revenue of $20.9 million this year with responsibilities for things that they have limited capacity to influence:
• putting pressure of Councils & water utilities to cap prices;
• the implementation of
recommendations in the SEQ Water Strategy;
• a review of the bulk water
price path;
• water issues in the Coal Seam Gas (CSG) sector.

The price cap on distribution and retail water and wastewater charges will begin on 1 July 2011 and remain in place for two years. This will protect consumers, from the considerable price increases in the State Government’s bulk water charges being passed on by Councils and/or Water Utilities.

Work will also be carried out on the finalisation of a review of water use
efficiency measures.

While the QWC will continue its work in planning for the provision of
south east Queensland's water supply, indirect potable reuse appears to have dropped off the political agenda.

QUU’s plan for the future

Queensland Urban Utilities invites it customers on Brisbane, Ipswich, Scenic Rim, Somerset & the Lockyer Valley to help shape their plan for the future of water and wastewater services in their catchment region. QUU have prepared a draft Water Netserv Plan for consultation. One can help guide QUU’s planning by reading this plan and giving them your feedback.
The plan describes the infrastructure and services QUU currently have and how they will meet customers’ needs over the next 20 years. It outlines their planning assumptions, how they attempt to contribute to sustainability, emergency response measures, Customer Service Standards, their connections policy and key projects to support projected population growth.
One can Download the full Water Netserv Plan here or Download the summary Water Netserv Plan here
Tell QUU what’s important to you by; Filling in and emailing QUU’s feedback form to community.feedback

Food supply and food security issues are constantly being raised. The ban on export of live cattle to Indonesia opens a huge can of worms.

Perhaps cans of worms should literally form part of the food supply chain.

As part of the 2011-12 State Budget, the Queensland Government has made an initial allocation of $2 million to support initiatives related to a food policy for Queensland to further build the state's multi-billion dollar industrial food industry.

Queensland's food value chain worth $18.7 billion to the state economy and supports a workforce of around 267,000.

A Department of Employment, Economic Development & Innovation (DEEDI) policy has been release for public comment. The QLD Government's intention first and foremost, is an economic development policy to maximise the economic growth of businesses across the food sector.

One can email comments to foodpolicy@deedi.qld.gov.au. The period for comment closes at 5pm, Monday 15 August 2011
Posted by rowan at 09:55