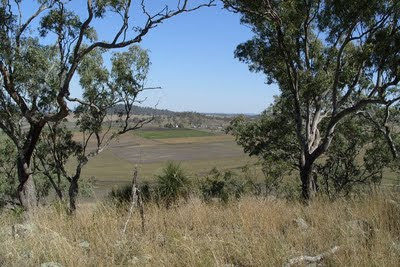 The Product Stewardship Bill 2011 was passed by the Parliament on 22 June 2011. This legislation provides the framework to manage the environmental, health and safety impacts of products, and in particular those impacts associated with the disposal of products. The framework includes voluntary, co-regulatory and mandatory product stewardship. For more information see the Australian Government Website.

This year there has been an ongoing blame game between the State Government, Councils & the Council owned Utilities over who is responsible for water price rises.

The Qld Government has proposed amendments to the SEQ Water (Distribution & Retail Restructuring) Act 2009 (DR Act) to allow sitting councillors, including Mayors, to sit on the Board of their water distributor-retailer.

In an Estimates Committee Hearing Minister for Energy and Water Utilities Stephen Robertson said the Governments decision ensured councils would have more immediate access to and involvement with the strategic decision-making process of their water businesses.

The proposed amendments are another attempt to diffuse the tension between the Qld State Government and the local councils by surrendering more control and direct involvement with water distributor-retailer business.

This will put an end to Councils continuing to label their council-owned water businesses as private entities.

The proposed amendments would not alter the current legislative requirement that the councils appoint the Board members.

It should also be clearly understood that the Boards role itself will not alter and it will continue to be responsible for ensuring the distributor-retailer performs its function and exercises their powers in a proper, effective and efficient way.
The Government would progress these amendments in early 2012.

The Surat Basin is currently experiencing growth unlike any other region of Queensland, largely due to the expanding energy and resource sector.
The Qld State Government is trying manage this growth in the Surat Basin. The mining & energy boom, is often in conflict with the interests of residents, farmers, other industries and the local community..

The Qld Government is determined to learn from their experiences (mistakes) in the Bowen Basin and improve their approaches to the pressures of fast growing communities.

Confused about the carbon tax?

There is a great deal of mis-information about the price on pollution. Norton Rose have put together a good snap shot of where things are at. For more information see their website.

The Department of Resources, Energy and Tourism has announced the next series of Energy Efficiency Opportunities (EEO) national workshops to be run in Brisbane on the 31 August & 1 September 2011. The workshops will focus on the second assessment cycle, which will begin for many corporations on 1 July 2011. On the first day they will discuss what requirements will be different in the second cycle, and what companies & the Department have learned about how to plan and do successful assessments.